In its second year – the twelve months from August 2014 to August 2015 – the Hedgerley Wood Trust has once more achieved all its learning objectives: enabling the public, and/or relevant professionals interfacing with the public, to deepen their knowledge, understanding and skills of topics outlined in our mission statement.

HWT:
• Gave a very well-received talk at the Open University on digital media innovations as tools for public education on climate change
• Chaired and participated in the core team organizing TEDxAylesbury 2015
• Produced the public education videos for the inaugural TEDxAylesbury 2015 (TEDx talks – e.g. on climate change, inclusion of people with disabilities, enabling ex-offenders to become socially positive entrepreneurs)
• Produced 2 videos on climate change for our partner, the Climate Psychology Alliance
• Produced a further video exploring a sustainable way of living
• Innovated software enabling the development of a ‘daughter mosaic’ for a partner charity (School of Movement Medicine) enabling them to facilitate sharing public voices on climate change via the unique multimedia experience ‘Mosaic Earth’
• Hosted a well-received concert at the Hedgerley Wood venue that included a public education segment on our core issues

Clips from HWT’s work are included on our website www.hedgerleywood.org.

The trustees have discussed and had regard to the guidance on public benefit issued by the Charity Commission. 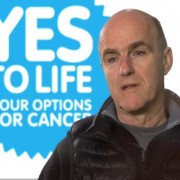 Yes to Life – the cancer revolution

British boxing champ takes on Anuradha – in the ring and on climate c...